Lohwand: A Cosmology, based on the writings of Timeon of Ar 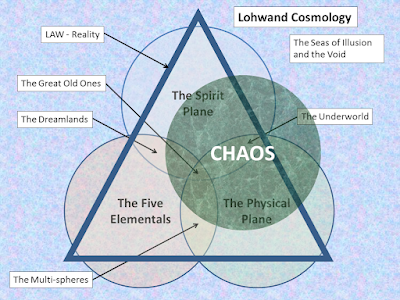 The Cosmology of Lohwand,
as proposed by Timeon of Ar
When Timeon of Ar first proposed his cosmology of Lohwand he was still only a low circle adept reading at Leomund College in the Unseen University of Ar. But such was the impact that he was permitted to submit it as his devotional labour for the year, gaining his tenth circle ranking as a result. Many felt he deserved better: some even dared to suggest immediate promotion to initiate, even though this would have meant skipping the intervening ten senior adept circles. Most scoffed at the idea, however, and the Archchancellor never considered this for a moment, even if he did concede privately "that dang kid might be onto something."
Here then is my simpleminded attempt to explain Timeon's proposal as I understand it:
First and foremost is the concept of "Reality", governed by the Law rune as scholars have argued for centuries. This rune serves to contain three overlapping planes of existence: the ethereal reaches of the Spirit Plane, the Plane of the Five Elemental Lords, and the mundane Physical Plane - that is to say, the world around us.
Where the Spirit and Elemental planes intersect lies the Dreamlands, an ever-changing realm which can be reached by mortals via the Astral Plane, which Timeon describes vaguely as the sinews that holds everything in place.
The Underworld lies at the intersection of the Spirit and Physical Planes, again reachable via heroic questing on the Astral Plane. This is more the domain of the Priests and I leave further explanation to them.
At the junction of the Physical and Elemental Planes are the infinity of the Multi-spheres, what Timeon claimed as infinite versions of the Our World - and an infinite host of others - reaching forwards and backwards for all Time. Yeah, I understand that as well as you! Again, he claimed that travel to and between the spheres was possible, presumably via the Astral Plane. Timeon himself mentions passing through shell of one sphere into another, but nowhere does he mention how he thinks this could be done.
At the central intersection of the planes, Timeon posited that Time rested, he writes about it as if it were an entity. He also - heretically, I might add - stated that this was where the Great Old Gods originated and might still lurk. The Archdeacon had to over-rule many calls for a heresy trial at that claim!
This Construct of Reality, as Timeon termed it, resides floating on the Seas of Illusion, which in turn are encapsulated by the never-ending Void. Timeon claimed that the Void was a vast expanse of Pure Nothingness across which no person nor even any thought might traverse. "The Kid's Cuckoo!" many responded to this outrageous claim. I make no judgement either way.
Perhaps most disturbing was Timeon's assertion that Chaos was seeping back into the World. He depicted it as a sphere of volatile Chaos essence that is moving into the planes of Reality. He speculated that the Seas of Illusion had gradually eroded cracks in the protective Law Rune allowing Chaos to infiltrate our existence again. He gave examples, but all are too sensational - and, if true, horrifying - for me to relate. The Archdeacon is said to have studied these latter assertions at length, retiring to his chambers and calling on many great minds for lengthy consultation and debate. What his final verdict was, I know not, but it seems likely to me that in the end these accusation were dismissed as wild imaginings. On the other hand, Timeon was granted his circle advance, so who can say?
Note: This is background for my justification of Magic in my Lohwand campaign. No doubt readers will recognize the many sources I am borrowing from as inspiration. Apologies. :-) 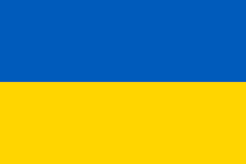